The concept of belonging is based on the combination and fusion between gender and people, a topic that have always crossed the common space of our planet.

This worldwide network of flows originates from a single place and unifies different ethnic groups, becoming indistinguishable, showing only single fragments that become part of a single concept, that of belonging.

Proper names and those of the cities, screened on the wall, immerse the viewer in a visual work of art, which is an elaboration of the information obtained from the annual report of the UNHCR Global Trends on migratory flows between the nations of the world. The room is like a container collecting frames of a humanity always on the move: eyes, hands and mouths of people from different countries, albeit close and interconnected, enclose the audience, mingling together so to create a single unit in the eyes of the viewer.

Belonging is both a need for evolution and a point of arrival for the new generations who will expand the possibilities of common living, going beyond stereotyped concepts that relegate us to stationary or conservative representations. 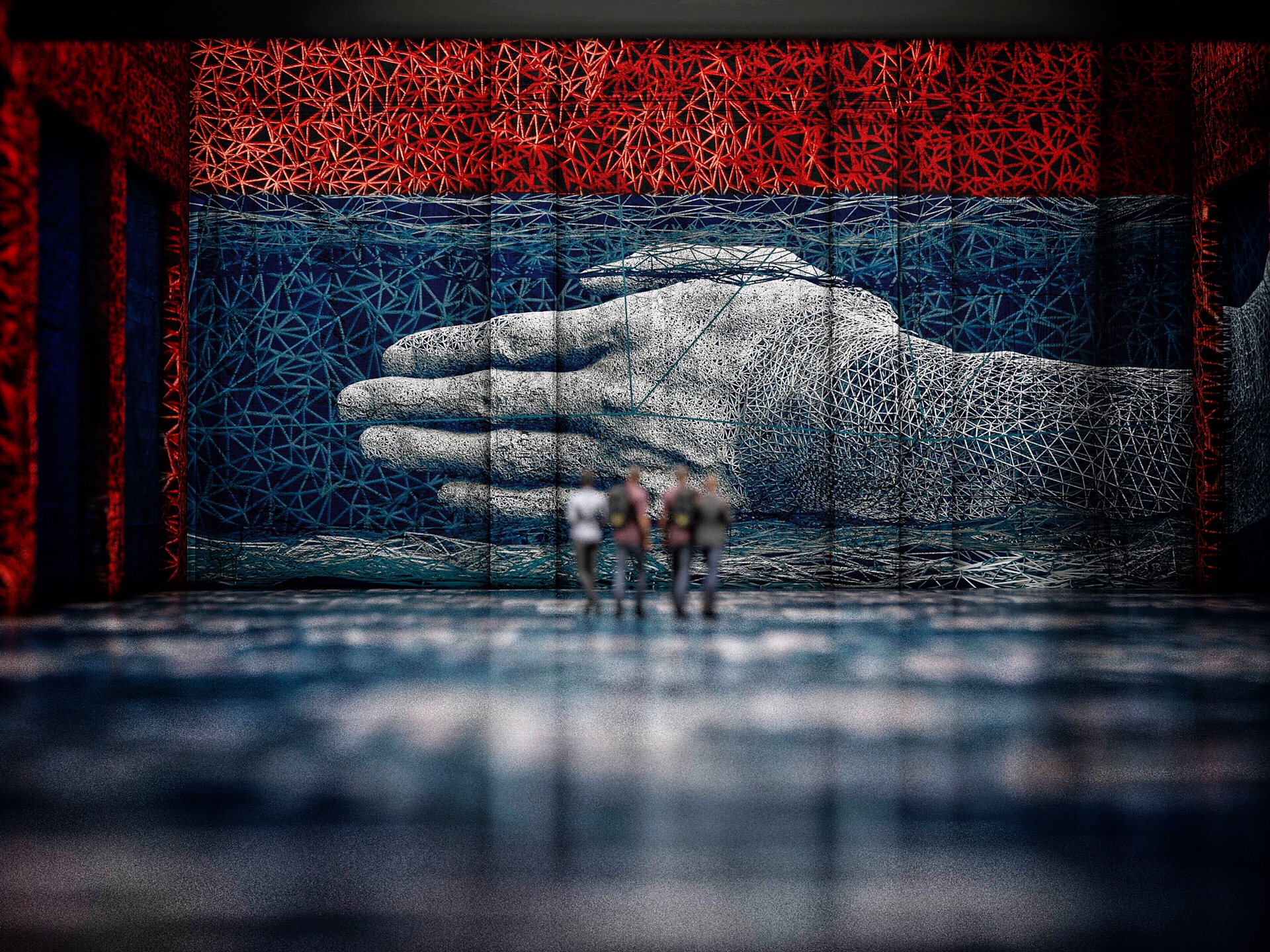